Three MBA students have found rewarding work with a local social enterprise. Walker Stevens, Reid Harrington, and Gus Kirkland spend their Saturdays and their summers "connecting those with too much with those with too little" in their work for a thoughtful business called Junkdrop. Think of them as legitimate Robin Hoods for hire. A family wanting to remove old furniture can call Junkdrop who will haul it away and deliver it directly to a family without any furniture at all. 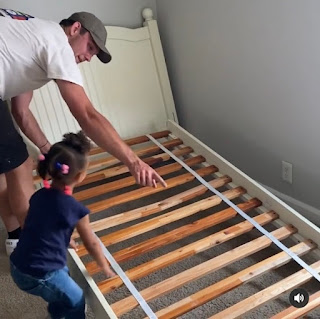 The job is both hard work, as we move couches down flights of stairs, yet also rewarding when we get to see the smiling faces as we fully furnish empty homes. -Gus 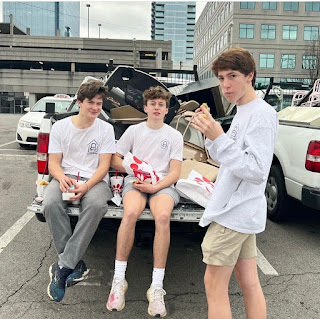 The three friends found out about this relatively new business through a family connection. Reid was the first on board, and he soon asked Walker and Gus to join him in this rewarding work that plays an important role in the community. The work of Junkdrop has even garnered attention from Channel 5, The Tennessean, and The Today Show. 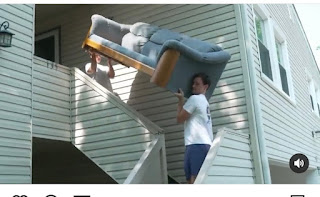 It's heartening to see the way friendships here on The Hill can bring out the best in everyone. Moreover, the friendships continue growing as they work alongside each other to "make significant contributions to society". It's what we try to foster here with ample opportunities for teamwork and an environment that catalyzes this kind of caring camaraderie. 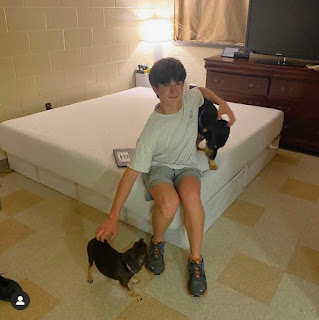 The 100th Birthday of a Banned Book 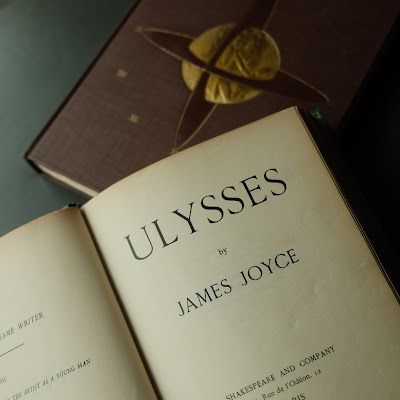 Today, February 2nd, 2022, is the 100th anniversary of the publication of James Joyce’s novel, Ulysses.  Joyce's novel is widely regarded to be the most important work of fiction of the 20th century. Published in Paris in 1922, this novel explored the narrative technique of stream of consciousness and a range of other experimental styles. It was banned in Britain and the United States until the mid-1930s because of its exuberant illustration of the functions of the human body, and also the book’s criticism of mainstream views on religion, and nationalism. Set in Dublin on a single day, June 16th, 1904, the book features many of that city’s residents but three characters– the young man Stephen Dedalus, the older Leopold Bloom, and his wife Molly – dominate the book, as does the geography, language and character of Dublin city

In 2005, one of MBA’s most generous friends presented MBA with a copy of the 1922 edition (only 1,000 copies were printed), and a copy of the USA, 1934 first edition (the first “unbanned” version). The 1934 edition features original inserts of line drawings by Matisse, depicting scenes from Homer’s The Odyssey.

Both of these editions of the novel may be viewed in the school’s Patrick Wilson Library.

Apparently, science teachers can use metaphors.
At faculty in-service last week, Mr. Greg Ferrell, who is a science teacher and Director of Admissions, took the stage in Paschall Theater and immediately went off script. The stage was already set for the upcoming play ("How to Survive Being in a Shakespeare Play"), and a support beam for the rigging cast a shadow onto the screen. Even though you might think he's merely a callous, data-driven scientist, Mr. Ferrell saw more than a dark bar of shadow cutting vertically through the presentation.
Stepping on stage just after presentations about the impact of the Covid-19 pandemic's impact on students' education, Mr. Ferrell saw an opportunity. That bar of shadow on the screen was an information gap. Just as the shadow obscured information on the screen, the pandemic has created a gap in students' learning. He went beyond sharing this simple metaphor though.
In his next few minutes Mr. Ferrell enumerated many of the people who have helped our students, teachers, and families continue to bridge this pandemic gap. He acknowledged the heroic efforts of teachers like Mike Anderson, Dick Klausner, and Chris Chauvin who have been relentlessly committed to getting our new students up to speed. These teachers have been going beyond the call of duty to get the students where they need to be. Mr. Ferrell could hardly let efforts like these go unmentioned, but he wasn't finished.
As a science teacher, Mr. Ferrell would readily agree that these academic efforts are fruitless without a commitment to overall health and wellness. Because he lives just a few houses away from our school nurse Dr. Ardisson, he happened to witness cars lined up down the street as Dr. Ardisson offered Covid-19 testing from her home during winter break. Her continued efforts to shrink this pandemic gap go far beyond what anyone would expect.
Even though he was supposed to be talking about the upcoming MBA admissions events, Mr. Ferrell did something far more important. Instead of promoting his own agenda, he couldn't help but to shine the spotlight on the good work of his colleagues. Just like so many on campus, including the teachers he mentioned, Mr. Ferrell is more than his job title(s). It's in his nature to promote and share the good that he sees around him, and he'll do that whether it's in his job description or not. He doesn't turn it off and on depending on who's around.  He's the same guy everywhere he goes.
As Mr. Ferrell went off script, he had provided an example of integrity that was absolutely on point. Integrity means you don't show up to classes, lunch tables, practices, games, dinner tables, or faculty in-service meetings with different versions of yourself that depend on the setting. Expecting student Johnny, friend Johnny, and 2nd baseman Johnny to be separate versions of one kid leads to the disintegration of identity. Switching in and out of different personas also causes stress and anxiety.
What traits are integral to who you are? Find them. Hone them. Use them. Everywhere.
Men of integrity are what MBA aims to send into the world. The school's mission gets a lot easier when we can point to prime examples of integrity like Mr. Ferrell.
Older Posts Home
Subscribe to: Posts (Atom)